Speed Traps Create Revenue for Cities but Headaches for Drivers 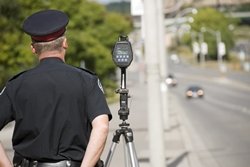 What Is a Speed Trap?

Speed traps are areas designed to be prime spots for ticketing speeding drivers. Examples of speed traps include:

Driver surveys have listed Emporia, Richmond, Christiansburg, Henrico, Strasburg, Hampton, Woodbridge, Hopewell, Hillsville, and Halifax as some of the state's cities with the highest number of speed traps.

What Defenses Can Be Used?

Speed traps are widely criticized by the public for being a deceptive way of ticketing drivers and for putting revenue collection above safety. They argue that the manpower used to catch speeding drivers would be better put towards more serious violations of the law. Nevertheless, speed traps are legal throughout Virginia.

Possible defenses for a ticket written as the result of a speed trap include:

If you’ve been charged with reckless driving by speed, it's a mistake to simply pay the fine. When you pay the fine, you're admitting guilt. This can result in a license suspension, insurance increases, and a conviction that stays on your record for 11 years.

Attorney Charles V. Hardenbergh is committed to helping Virginia drivers avoid the negative consequences of a reckless driving by speed ticket resulting from a speed trap stop. Call today to schedule a free consultation and case evaluation. You can also use our reckless driving sentence estimator to see the results we've achieved for other drivers here.