The so-called “War on Drugs” has created a lot of innocent prisoners of war. With the U.S. desperately trying to control trafficking and limit drug sales, drug enforcement has become ludicrously out of control when it comes to petty crimes. As a result, more and more people are being falsely charged and convicted of crimes that are much more serious than the evidence affords.

This is why it is important to know how to avoid erroneous convictions with the help of a reliable attorney and a strong defense. Come see how we can protect you from becoming another casualty of the war on drugs. 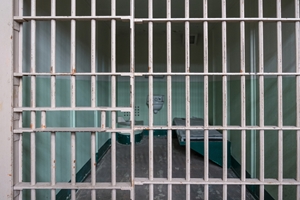 When it comes to drug offenses, every state has its own code to establish the severity of the offense and appropriate sentencing for a conviction. However, since drug enforcement is a national priority, the federal government has also established its own criminal laws for drugs. These rules, outlined in the 1970 Controlled Substances Act (CSA), specify when and how drug offenses are categorized. These categories include:

Unfortunately, these guidelines can be easily overused and abused by authorities in order to make an arrest. Although we understand that drug enforcement can be extremely difficult, dangerous, and frustrating, we do not understand or condone clients being punished solely to make a point. This is exactly why we continuously fight to protect our clients from wrongful charges, sentences, and convictions caused by:

Pushing Back the Penalties

Drug defense attorney Van Hardenbergh has spent the majority of 20 years fighting against unlawful, unjustified, and unprovoked drug charges for clients like you. His experience defending both soldiers in the JAG corps and civilians has given him a unique perspective on what drug convictions can do to clients’ futures. That is why he not only fights to refute charges, but also tirelessly works to push back, negotiate, and challenge unjust penalties. Penalties such as:

Advancing Toward Justice After a Drug Arrest in Virginia

As a result of varying legislation on drugs—this drug is legal, that drug isn’t, this drug isn’t as bad as that one, etc.—building a solid defense can be extremely confusing. However, with the stern penalties associated with drug crime convictions, you can’t afford to have a confused defense. You need a strong and reliable fighter on your side. Otherwise, bias, prejudice, and old-fashioned ignorance could cost you your savings, your livelihood, and even your future.

Contact us today to schedule an appointment, or fill out our contact form to see how we can help you get the true justice you deserve, instead of the bureaucratic nonsense you don’t. Call (804) 835-5127 now to take a step toward building a strong defense and fighting back.