If you're stuck in slow moving traffic and feel that you could easily pass multiple vehicles at once to arrive at your destination a bit quicker, think twice before acting on this impulse. Virginia's reckless driving statutes encompass many different types of behavior, including passing two vehicles at once. 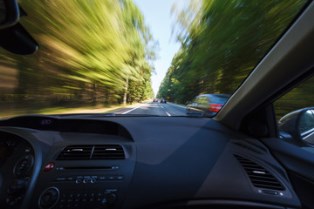 What This Means for You

If you're charged with reckless driving under § 46.2-856, this is much more serious than a simple traffic violation. Reckless driving is a Class 1 misdemeanor in Virginia. If convicted, you'll face:

Due to the harsh nature of Virginia's reckless driving laws, paying your ticket and accepting the consequences is sure to be a mistake. Attorney Charles V. Hardenbergh can help you build an aggressive defense to reduce or drop the charge. Depending on the circumstances, you may be able to use strategies such as submitting your previous driving record, attending a driver improvement clinic, or completing community service hours. Call today to schedule a free, no-obligation initial consultation to explore your legal options in greater detail.