Building a Strong Defense: Effective Evidence in a Defending a Reckless Driving Case in Virginia

A reckless driving charge in Virginia carries stiff penalties, including fines, the possibility of jail time, and the stigma of a criminal record. Build the strongest possible defense by presenting all applicable evidence in your favor.

Evidence Casting Doubt on Your Speed

The majority of reckless driving cases in Virginia are the result of speeding 20 miles over the posted limit or more than 80 miles per hour. If you can provide evidence you weren't going as fast as the officer claimed, this may be enough to reduce or drop the charge. A speedometer calibration or GPS evidence supported by a speedometer calibration would be most effective in this case. 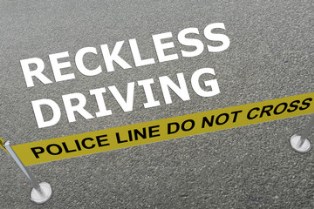 Generally, drivers can't be expected to know the speed limit in an area unless signs are clearly posted. If signs were missing, vandalized, or obscured from your view, your attorney should submit this evidence as part of your defense.

Evidence of a Medical Emergency

If your driving was due to a legitimate medical emergency posing a threat to you or some third party, evidence of the emergency may be used to reduce or drop the charges. Some examples of an emergency that would potentially qualify include transporting a pregnant woman in labor to the hospital or losing control of your vehicle because you experienced a stroke.

In rare cases, a reckless driving charge may be unfounded because you weren’t actually the one driving the vehicle. Proving this would require photos from traffic cameras or witness testimony.

Evidence of a Commitment to Safety

If your prior driving record is spotless, presenting a copy to the judge may inspire leniency. If you have a few blemishes on your record already, providing a certificate of completion from a driver improvement clinic can demonstrate your commitment to safety.

Working with an experienced reckless driving attorney can help you determine which evidence is most likely to be effective in your case. Call to schedule a free, no-obligation initial consultation with Virginia attorney Charles V. Hardenbergh.