Reckless driving is a serious misdemeanor crime in Virginia that is aggressively enforced by the police. An international student charged with this offense has unique worries and potential negative consequences on his life that other people do not face. However, an experienced criminal defense attorney can help an international student build an effective defense to reckless driving charges. 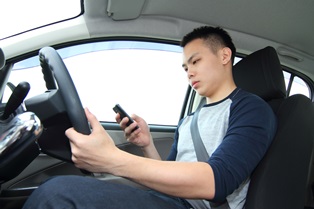 The penalties when convicted of reckless driving are harsh in Virginia and include a jail sentence of up to 12 months, a fine not to exceed $2,500, driver’s license suspension for up to six months, and six points on the person’s driving record. However, being arrested for reckless driving can have other long-term consequences if you are an international student because you must comply with certain conditions of your student visa to remain in the United States. Here are some potential problems you may have:

Contact an Attorney After Being Charged With Reckless Driving

You need to contact an experienced reckless driving attorney as soon as possible if you have been charged with reckless driving in Virginia and are an international student. A skilled lawyer can help you build a strong defense to the charges you face, so they might be dismissed or reduced to a less serious offense through a plea bargain. It is important to remember that you may be able to achieve a favorable resolution of your criminal case even if you are guilty of this crime.

Attorney Charles V. Hardenbergh has years of experience aggressively fighting for the rights of people charged with reckless driving and offers a free initial consultation. To schedule your appointment, contact our Petersburg office today.