Can I have my reckless driving record expunged?

In Virginia, being charged with reckless driving is not the same as getting a ticket for failing to yield or another minor traffic violation. You are being charged with a misdemeanor offense that carries serious penalties that include a jail sentence, fines, and a possible license suspension. A charge and conviction can have long-term consequences because you will have a permanent criminal record with limited options to have your criminal record expunged. 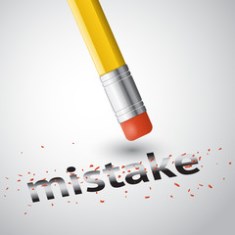 When Are You Entitled to an Expungement in Virginia?

However, your right to an expungement in Virginia is very limited. You are only entitled to have your record expunged in these circumstances:

Because of the limitations for when a reckless driving conviction can be expunged, you will still have a criminal record in these situations:

Because your right to obtain an expungement is very limited, it is critical that you retain an experienced reckless driving attorney to build a strong defense, so the charges against you are dismissed or reduced to a less serious offense. To learn about our extensive experience helping clients facing reckless driving charges and how we can assist you, call our office today to schedule your free case evaluation.