Drag Racing Can Result in the Loss of Your Vehicle

Reckless driving is a criminal offense under Virginia law. However, reckless driving that involves drag racing carries the additional penalty of having your vehicle seized and sold by the Commonwealth. 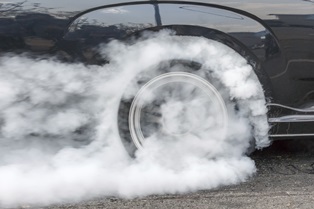 Virginia code § 46.2-867 states, "If the owner of a motor vehicle (i) is convicted of racing such vehicle in a prearranged, organized, and planned speed competition in violation of § 46.2-865, (ii) is present in the vehicle which is being operated by another in violation of § 46.2-865, and knowingly consents to the racing, or (iii) is convicted of a violation of § 46.2-865.1, the vehicle shall be seized and shall be forfeited to the Commonwealth, and upon being condemned as forfeited in proceedings under Chapter 22.1 (§ 19.2-386.1 et seq.) of Title 19.2, the proceeds of sale shall be disposed of according to law. Such sections shall apply mutatis mutandis. The penalties imposed by these sections are in addition to any other penalty imposed by law."

Under Virginia code § 46.2-867, the Commonwealth can take and sell your vehicle if you've been convicted of drag racing. You can also lose your vehicle if you were a passenger in the car and consented to have your vehicle used in the race, which means you don't even need to be driving to be penalized.

How Charles V. Hardenbergh Can Help

Losing your vehicle is in addition to the fines, jail time, and license suspension that are already a part of a reckless driving drag racing charge. Thus, it would be a significant mistake to plead guilty and accept the consequences.

Attorney Charles V. Hardenbergh is committed to helping Virginia residents build an aggressive defense against reckless driving charges. In cases involving drag racing, this may include casting doubt on whether your conduct meets the legal definition of racing or showing proof that you had permission from the owner of the property where you were arrested. To learn more, call to schedule a free, no-obligation case review.