Drag Racing Is a Type of Reckless Driving With Stiff Penalties

Drag racing might seem like harmless fun, but this behavior is considered a form of reckless driving under Virginia law. You will face harsh penalties even if no one is hurt as the result of the race. 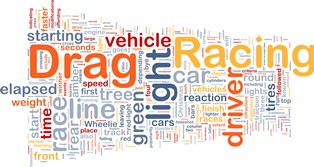 Virginia code § 46.2-865 states, "Any person who engages in a race between two or more motor vehicles on the highways in the Commonwealth or on any driveway or premises of a church, school, recreational facility, or business property open to the public in the Commonwealth shall be guilty of reckless driving, unless authorized by the owner of the property or his agent. When any person is convicted of reckless driving under this section, in addition to any other penalties provided by law the driver's license of such person shall be suspended by the court for a period of not less than six months nor more than two years. In case of conviction the court shall order the surrender of the license to the court where it shall be disposed of in accordance with the provisions of § 46.2-398."

Defending Against the Charge

Drag racing, like other forms of reckless driving, is considered a Class 1 misdemeanor offense in most cases. However, if someone is seriously hurt or killed as the result of the race, you can be charged with a Class 6 felony.

Due to Virginia's harsh reckless driving laws, it would be a mistake to simply plead guilty and accept the consequences. An experienced attorney can build an aggressive defense to cast doubt on whether your conduct meets the standards necessary for the legal definition of racing. If applicable, producing proof that you have permission from the property owner may also be used as part of your defense.

Virginia reckless driving attorney Charles V. Hardenbergh builds on past experience as a JAG officer, professor of law at VMI, and federal prosecutor of numerous speeding and DUI cases to provide clients with the representation they need to minimize the consequences of a reckless driving charge. Call today to schedule a free, no-obligation case review.