Passing a stopped school bus is considered reckless driving in Virginia. If convicted, you face the same consequences as if you were charged with other reckless driving offenses. This includes a possible jail sentence, a fine of up to $2,500, driver’s license suspension, demerit points on your driving record, and a permanent criminal record. However, an experienced reckless driving attorney can help you build a strong defense to fight the charges you face. 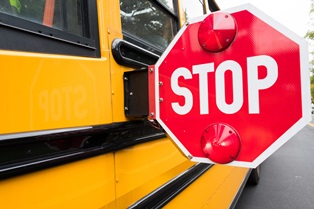 Being Convicted of Reckless Driving for Passing a Stopped School Bus

To be convicted of reckless driving for passing a stopped school bus, the Commonwealth of Virginia must establish all the elements of this crime, or the charges against you may be dismissed. Here is what the prosecutor must prove beyond a reasonable doubt:

Defenses When Charged With Passing a Stopped School Bus

A skilled lawyer can help you identify defenses for this type of reckless driving charge and collect the evidence you need to support your case. Possible ways to fight this charge include:

Were you charged with reckless driving in Virginia? Attorney Charles V. Hardenberg is here to discuss the facts of your case and the possible defenses you may have. Learn more about how we may be able to get your charges dismissed or reduced. Call our office today to schedule your free initial consultation.