Can I refuse to take a sobriety test in Virginia?

Under Virginia law, field sobriety tests are considered completely voluntary. If you're not comfortable participating, you have the legal right to refuse to do so. However, refusal is not necessarily without consequences. 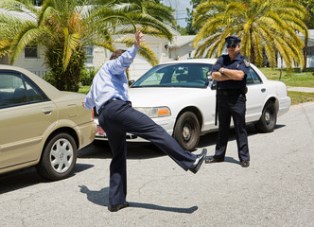 Field sobriety tests typically measure coordination, balance, and focus, and there are several different tests that can be used. An officer may ask you to balance on one leg while counting to ten or take nine heel-to-toe steps and make a 180 degree turn to walk back toward your starting point. These tests are considered controversial because they can be difficult for some people who are completely sober to perform. For example, someone with an inner ear infection could have temporary troubles with equilibrium and balance. Past neurological damage, skeletal and movement disorders, or poorly controlled diabetes can also make it difficult to pass a sobriety test.

The Breathalyzer Preliminary Alcohol-Screening (PAS) test is also considered a type of field sobriety test. It estimates your blood alcohol level (BAC), but it can be thrown off by medications you've been taking, conditions such as acid reflux, a slower than average metabolism, or having recently vomited.

How a Test Refusal Impacts Probable Cause

When you appear in court, your refusal to agree to a field sobriety test does not increase the potential penalties associated with the DUI charge. You face the exact same penalties you would if you had agreed to the test initially.

If you've been charged with a DUI, building an aggressive defense is essential. Call today to schedule a free, no-obligation initial case review with Virginia attorney Charles V. Hardenbergh.