What if I have a child in my car when I’m arrested for a DUI?

Being charged with DUI in Virginia is always a serious matter. You could face harsh penalties that include a jail sentence, hefty fine, suspension of your driver’s license, and a permanent criminal record. However, the consequences could be even harsher if you are arrested for a DUI with a child in your vehicle. 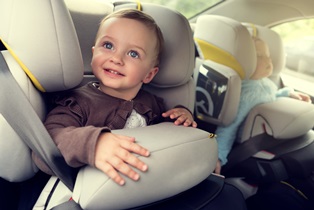 What Is DUI Child Endangerment in Virginia?

Child endangerment is generally considered placing a child who is under 18 years old in danger of injury or death due to a willful act, omission, or refusal by a parent or other adult to provide necessary care to the child. As is true in many other states, driving under the influence of alcohol is considered child endangerment in Virginia. If you are arrested for a DUI with a child in your vehicle, you could also be charged with DUI child endangerment, which is a separate offense with its own penalties. Upon conviction, you may be sentenced to the following:

If you’re convicted for a DUI and DUI child endangerment, you will have a permanent criminal record. This can have long-term consequences on your life, including your ability to obtain a job, get a security clearance, and become a citizen. In addition, a conviction for DUI child endangerment may affect your custody or visitation rights.

Are you being charged with a DUI or DUI child endangerment? Given the harsh consequences that you face, you cannot afford to try to represent yourself in your criminal proceedings. You need the assistance of an experienced DUI attorney who can build a strong defense against the charges you face. Even if you believe you are guilty, you could have defenses that will result in the charges being dismissed or reduced to a less serious offense. To learn more, start an online chat to schedule a free case review.