Can a Virginia court suspend my out-of-state license?

If you're an out-of-state resident charged with a DUI or reckless driving in Virginia, don't assume that the court has no authority to suspend your license. Virginia judges can suspend your privilege to drive in Virginia, even to get home from court. This can result in a reciprocal suspension from your home state. 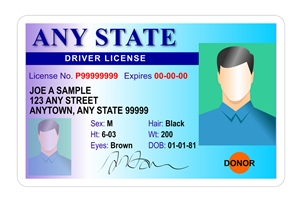 About the Driver License Compact

License suspension for out-of-state residents convicted of a DUI or reckless driving is the result of the Driver License Compact. This is an interstate agreement to exchange information concerning license suspensions and traffic violations. As a result of the agreement, your home state treats out-of-state offenses as if they were committed in your home state. For minor offenses, this can mean points assessed on your driving record. For serious charges such as drunk driving, this can involve fines, license suspension, and jail time.

The goal of the Driver License Compact is to create a system with "one driver, one license, one record." Previously, drivers convicted of serious offenses resulting in suspension would simply apply for a license in another state.

The Driver License compact includes every state in the United States but the following:

If you have a license in one of the five states that don't abide by the Driver License Compact, don't assume this means you're off the hook. Many of these states share driver information through other means. For example, Massachusetts shares information on license suspensions through the Registry of Motor Vehicles.

Even if the Virginia Court does not suspend your driving privileges, some states impose automatic suspension for certain types of serious charges. This is allowed under the terms of the Driver License Compact, since out-of-state residents are to be treated as if the offense occurred in their state of residence.

Representing yourself in court is never a good idea, and if you’re an out-state-resident, it’s extremely risky. To protect yourself, it's vital that you seek representation from an attorney who is familiar with this subset of the law.You can] use our reckless driving sentence estimator to see the results we've achieved for other drivers here. Contact attorney Charles V. Hardenbergh to learn more by calling 804-835-5127 or filling out a contact form here.