If someone died as a result of my reckless driving, will I face criminal charges?

In Virginia, reckless driving is considered a more serious offense than a traffic ticket. It is usually charged as a misdemeanor offense with a possible jail sentence, fines, driver’s license suspension, and permanent criminal record. However, if a person is killed in your reckless driving accident, you could face even more serious charges. 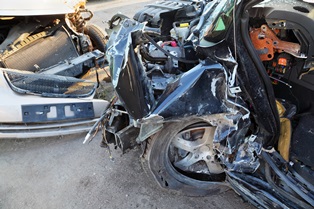 While reckless driving is usually charged as a misdemeanor, you could face felony reckless driving charges if there was a fatality. You could be charged with this offense in these situations:

You could also face other charges if your reckless driving resulted in the death of another person. If you were driving under the influence of drugs or alcohol and this was the cause of the death, you could be charged with vehicular manslaughter, which is also referred to as involuntary manslaughter. This is a Class 5 felony, and there are two levels of punishment:

Are you facing reckless driving or other more serious charges in Virginia? Even if you believe you are guilty, you may have strong defenses to the charges that can result in their dismissal or reduction to a less serious offense. However, you need the assistance of an experienced reckless driving attorney to achieve a favorable outcome. To learn about our extensive experience helping clients fight reckless driving charges and how we can assist you, call our Petersburg office today to schedule your free initial consultation.