Virginia Truckers Face Harsh Penalties If Convicted of a DUI

Being charged with a DUI in Virginia is a serious matter for anyone. However, if you are a truck driver charged with a DUI, the long-term consequences are even more severe. Because of this, it is essential to retain an experienced DUI attorney to help you build a strong defense against the charges you face. 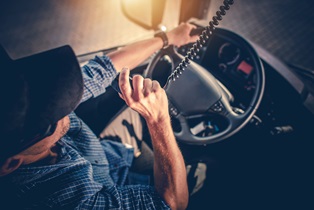 DUI Penalties for a Trucker With a CDL License

Truck drivers face greater penalties if they’re caught driving while intoxicated in Virginia. To be charged with a DUI in Virginia, a truck driver must have a blood alcohol concentration of 0.08 percent or more like other drivers. However, truckers can be charged with a lesser offense DUI if their blood alcohol concentration is 0.04 percent or more.

DUI is a Class 1 misdemeanor, and a first DUI conviction can result in a fine of $250. Subsequent convictions can result in possible mandatory jail time, larger fines, and installation of an interlock device on the truck.

In addition to criminal penalties, a truck driver can face harsh administrative penalties that can affect his CDL license and ability to work as a trucker. If convicted of a DUI, a trucker can have his CDL license suspended for one to three years. This is done by the Virginia Department of Motor Vehicles. Some grounds for suspension include:

How Our Experienced DUI Attorney Can Help

If you are a truck driver charged with a DUI in Virginia, you need a skilled lawyer who can build a strong defense against the charges you face. Even if you are guilty, an experienced attorney can raise defenses that may get the charges dismissed or reduced to a less serious offense with lesser punishments. In addition, he may be able to help you obtain a restricted CDL license, so you can return to work if you are convicted.

Attorney Charles V. Hardenbergh has years of experience fighting for the rights of truck drivers and others charged with a DUI. To learn how his aggressive defense in these cases can help you achieve a favorable outcome, call our office today to schedule your free consultation.