Will a reckless driving conviction affect my immigration case?

If you're looking to become a permanent resident of the United States, a reckless driving charge must be handled carefully. Immigration authorities have strict requirements for those who are looking to receiving a green card. 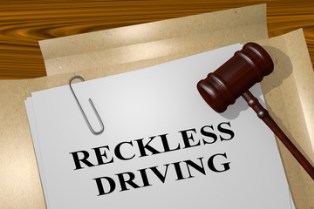 The application to become a U.S. permanent resident asks if you've been "arrested, charged, indicted, convicted, fined, or imprisoned for breaking or violating any law or ordinance, excluding traffic violations." However, a reckless driving charge is considered more serious than a simple traffic violation and must be reported.

Under Virginia law, reckless driving to be either a misdemeanor or a felony that comes with hefty fines as well as jail time. As a criminal conviction, this could very well impact your pending immigration case.

Crimes such as kidnapping, prostitution, drug trafficking, and money laundering will automatically result in a green card application being denied. Lesser offenses such as a reckless driving conviction won't necessarily prevent you from getting a green card, but they can make the process more difficult.

The best way to minimize the impact of a reckless driving charge on your immigration case is to have the charge either reduced to a lesser offense or dropped altogether. An experienced reckless driving attorney can investigate options such as speedometer calibration or a medical emergency defense to lessen the penalties associated with your case. Your attorney can also advise you on how community service and/or a driver improvement clinic can be used to demonstrate remorse for your actions and encourage a judge to issue a more lenient sentence. Schedule a free, no-obligation case review with Virginia reckless driving attorney Charles V. Hardenbergh to learn more.