Can I appeal my reckless driving conviction?

Reckless driving in Virginia carries stiff penalties, including substantial fines and the possibility of jail time. However, you can appeal the outcome of your case and receive a new trial with a different judge.

If you want to appeal your reckless driving conviction, you must file the appeal within 10 days. Initiating the process is quite simple. After you inform the General District Court clerk that you want to appeal, he will have you complete and sign a Notice of Appeal form.

The Notice of Appeal form will list a date you must appear in Circuit Court to either have a second trial or pick a new trial date. It's vital that you make the scheduled court appearance, since failing to appear is a misdemeanor that could result in additional jail time on top of your reckless driving conviction. 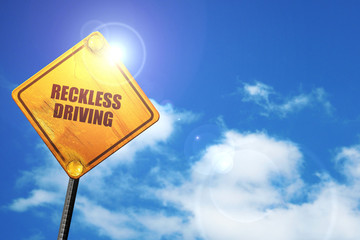 The trial itself will be conducted in the same general fashion as your first trial. However, you will be allowed to request a jury trial with the understanding that you'll pay the court costs for this option if you're convicted.

Appealing After a Guilty Plea

If you didn't hire an attorney for your first reckless driving trial, retaining legal representation for your appeal may result in a more favorable outcome for your case. An attorney familiar with Virginia’s reckless driving laws can suggest defenses that may work for your circumstances such as obtaining a speedometer calibration, presenting evidence of a medical emergency, or completing community service to demonstrate remorse for your actions.